Outside of sharks with frickin laser beams attached to their heads, firearms that fire laser beams out of the barrels come in as a close second as my favorite laser-type things. It’s even better if it’s a 40-Watt Phased Plasma Rifle. However, the Mantis Laser Academy Training Kit gets me part of the way there. And it actually exists! You can get fairly decent feedback with dryfiring alone, but with the addition of a laser and the 1’s and 0’s in the Laser Academy App (for both iOS and Android), you get even more data on how you suck.

It’s a portable training kit from Mantis X with shooting drills and realtime feedback. The Mantis Laser Academy Kit uses a caliber-specific laser module for your pistols and rifles. This is then used with a series of smart target pages that the Laser Academy App can read and mark hits from the laser. Not only can the targets track your hits but one of them is even used as a remote so you have no need to touch your phone. You can start, stop, or clear your session by just firing at a target, which is pretty handy. If you are as stunned as I am you might end up forgetting to use the target to start things. However, the app still tracks your shots so consider it free target practice.

Setting things up is extremely easy. The kit literally comes with everything you could need to start enhancing your dry fire in the house, or while you are on the road, for those who spend more time in hotels than their own beds. The Laser Academy app has numerous firing modes in it like Duels, Bullseye, Holster Draw, and many more. By purchasing the Standard Kit you get an unlock code that opens the PRO modes which also allows you to get future updates to it so if they make a new mode you get it. This is actually a fairly interesting option because custom drills and things can come at a later date or they can even partner with trainers to incorporate their own drill. If it uses a separate target you would just need the target and the system would then read it, allowing you to test your skills.

Depending on what you have around, the kit comes with two tripod options a small tabletop tripod with flexible legs and another one that gets up to about mid-chest. The flexible tripod can be bent around a chair top or used as a standard tripod on a desk or table depending on your room situation. At first, the tall tripod feels fairly flimsy since it’s so light in weight, but it doesn’t have to deal with wind and things. All it needs to do is hold your phone. The standard kit also comes with two different phone clamps to give you some versatility.

Once you have your phone in the clamp on a tripod and you downloaded the Laser Academy app you will need to insert the laser cartridge into the barrel of the firearm. Follow all your normal safety precautions and whatnot, rack the slide and lock it back, pop the cartridge in and release the slide lock. Look through the app and figure out what drill you want to do. The app will tell you what type of target you will need to use.

Speaking of targets you get two sizes of each 5″x7″ and 8.5″x11″ which can either be used to make things easier to see or be used based on space 2 yards vs 4 yards. The larger targets you stick to the wall using the included blue tack and the smaller ones you can do the same or use the included target stands. For my situation, I have found the smaller 5″x7″ targets to be the perfect option and have shot them from as far away as 10m in my basement because I could. The keyring style clamp on the target stands can be a bit stiff and it helps if you help pop them open a bit with a fingernail first so you don’t end up mangling your target cards.

Now you just aim the phone camera at the target and you will notice a box appear around the targets. This happens because it reads the four coded squares in the corner of the target telling it what target it is and sizing it for the app. Using all this data it knows where all the scoring zones are on the target and how big they actually are.

I have had this kit for around a month now. I’ve used it a fair amount, playing with the different targets and modes and getting a feel for everything it can do and for features I hope will be added at a later time.

First things first, I have found the accuracy of the camera to be exceptionally precise, picking up the laser at the exact point on the target. While my wife was shooting, I looked very closely at the target and then checked the phone. The shot was appropriately placed on the screen and scored accordingly.

There are a few suggestions I have for making the system a little more efficient, though. Being as this is just a cartridge in the barrel it won’t reset the trigger so unless you have a double-action pistol you will need to partially rack the slide to reset the trigger in order to shoot again. Something like one of the CO2 replacement barrels from CoolFire would really amp up some of the training that could be done with the kit.

I also have an idea for a training program for the Dot Torture test targets. I think it would be cool if it randomly called out a target by saying, “One,” or “Grey Square Two”. This would assess your time in target recognition and drawing from a holster. This kind of program could also be done with the silhouette targets where it calls out the target name and says, “Two shots,” or something like that.

The other area I see this potentially being useful would be with something like an Indoor Dryfire Training System and a bolt action-specific caliber. You could have Know Your Limits type targets or even have PRS style targets setups.

This brings me to my next point about the app. It allows you to set an offset. This comes in handy in case, say, your red dot on your pistol is zeroed far enough away that the close distance in your house causes you to aim off-center on the target.

What they don’t have or that I can’t see is firearm profiles. So say you have a Glock with a red dot and a P320 with iron,s you don’t have to adjust this each time. The range I belong to does not allow holsters, so I can’t practice drawing and firing from a holster there. With the Laser Academy, I can do this whenever I want at home.

Results with the Mantis Laser Academy

I have noticed a tremendous increase in my draw and fire times. With my Glock that has an Aimpoint H1 on it, I am getting way faster at getting the dot on the target and firing a shot. Sadly I recently traded this pistol and need to get my other Archon slide milled for a red dot but you get the idea. The system has loads of potential, especially for new shooters or people who are a bit iffy on firearms. There are no loud sounds or recoil, so they can focus on learning the fundamentals in a familiar place. And, to be honest, it’s just fun—kind of like an arcade game.

*Update This article hasn’t even been posted and there is already an update with Hunt Drills. It has Easy Medium and Hard. On hard, it will call out shade so Light Square 1 which is awesome and is fairly tricky. 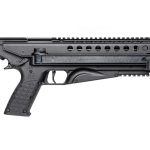 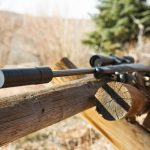