MDT Sporting Goods Ltd. announced the launch of their new sister brand, MambaMag, offering a solution to shooters who want a higher count in their magazines in a detachable box-fed magazine for factory rifles.

The MambaMag is the rebirth of the Lucky 13 brand of aftermarket magazines. The company reportedly states that the magazines work great for hunting, plinking, or shooting precision rifle matches.

MambaMag’s straight-fit magazines were designed to increase the usability of the factory rifle without having to do heavy modifications. In addition to the magazines, Mambamag released Bottom Metals to alter the user’s existing magazines. The replacement plate is needed to convert some factory stocks from a floor plate design to a detachable box magazine design.

MambaMag 10-round magazines are designed to fit into factory stocks, increasing the end user’s typical factory 3-round magazine capacity. Machined from 6061-T6 Aluminum, the upper section offers the most reliable latching and feeding. The lower section utilizes a polymer construction to give a warmer feel for the removal and handling of the magazine.

The magazine has a removable bottom cover plate that allows the user to remove the internals for magazine cleaning and maintenance. The Howa 1500 and Remington 700 bottom metals use a front catch and a rear latch to provide the most stability for the magazines, while still allowing the mags to drop free. Additionally, both those magazines need the bottom metal plate before it can be used as they are not compatible with a detachable magazine. 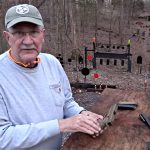 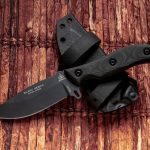