Spring turkey season is upon us, and that means checking out new shotguns. Enter Sauer USA with its timely launch of the new SL5 series turkey shotguns. These guns are fine-tuned for chasing thunder chickens, but they remain the same reliable, quality firearms as the original SL5 models. And of course, the Sauer USA brand is part of J.P. Sauer and Sohn, a gun maker known as the oldest hunting firearms manufacturer in Germany. They have quite a reputation backing them.

According to the manufacturer, these new additions to their existing SL5 line are meant for hardcore turkey hunters. They are semi-automatic shotguns chambered in 12-gauge and designed to run with either 2 ¾ or 3-inch shells. The guns also have 18.5-inch deep-drilled, chrome-lined barrels with stepped ribs for precise alignment. Black anodized receivers, which will help reduce glare and increase concealment during a hunt, come standard on all SL5 Turkey Shotguns. A camo composite stock helps conceal the gun from the sharp eyes of turkeys and a pistol grip makes it simpler to maneuver.

Jason Evans, CEO of the Blaser Group, which imports J.P. Sauer and Sohn firearms, said “We are excited to partner with Mossy Oak to introduce these new high-performance, camo pattern turkey guns in our SL5 series. There is strong demand, and we designed these new shotguns to deliver desired features and consistent reliability at a very competitive price point.”

Sauer states the following about their SL5 Turkey Shotguns and their related warranties: “Made in Italy and backed by a 10-year factory warranty, the SL5 Turkey shotguns weigh 7 pounds, have a 3+1 capacity, and come standard with three chokes – a flush Cylinder, an extended CRIO Plus Modified choke, and a Carlson extended Turkey choke.”

The Sauer SL5 Turkey Shotgun has an MSRP of $1,199.00 and, as mentioned above, ships with a trio of chokes. 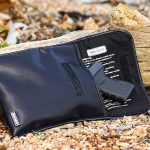 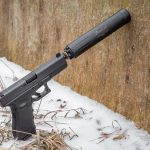