Sig Sauer has added another member to the already extensive P365 family tree with the P365 XMacro TACOPS model. This 9mm compact pistol takes the P365 in a slightly different direction.

When the P365 XMacro came out late in 2022, it was originally supposed to be a 15-round capacity pistol. But according to Sig, when the process got started, the company took it further to be a ported 17-round pistol. Sig was able to incorporate the high-capacity magazines but keep the original height of the P365. Now Sig has taken that design and removed the slide ports for compensation and a few more magazines to give the market the Sig P365 XMacro TACOPS model pistol.

The P365 XMacro TACOPS, at its core, is a macro P365, with some great features. One of those features folks seem to really like is the extended slide lever. The lever, which according to Sig, won’t cause interference issues with concealed carry holsters. Additionally, the XMacro TACOPS model has the added magwell, like the previous XMacro pistol. The magwell, combined with what looks like the XL slide on the compact frame, gives you a smaller pistol with a decent-sized grip. Go figure.

Sig stated the P365 XMacro TACOPS is a shooter-focused pistol with the most rounds possible. The 17+1 capacity magazine, of which the consumer receives four, helps deliver on that focus. The XMacro TACOPS reportedly comes from Sig with the reliable RomeoZero series optic, taking the pistol’s performance up a notch.

While the pistol does not come with a threaded barrel, Sig stated that not all carry weapons need to be super tactical. The pistol does, however, have a 1913 rail for lights or accessories, and the four magazines that can be used across the P365 family line according to the company. The P365 XMacro TACOPS 9mm pistol from Sig is not on the market just yet (supposed to land in early February) but it is rumored to have a price of around $750-$800. 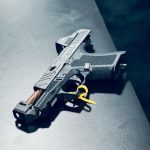 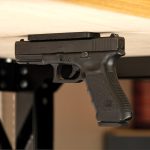