The first thing that comes to mind when one thinks of tactical advantage is, of course, winning the fight. However, what exactly does that mean — to win? Does that mean you didn’t get shot in a gunfight, stabbed in a knife fight, or punched in a fistfight?

Choosing to engage in a violent physical encounter whether armed or unarmed, you wittingly or unwittingly accept the associated risks of incurring a recoverable injury, permanent injury, or death.

Sixth century AD Chinese general, military strategist Sun Tzu, author of ‘The Art of War,’ states “The greatest victory is that which requires no battle.” In other words, the best win over your opponent is when you never even need to step onto the battlefield.

What are some tools that you can keep in your war chest that would help you gain the tactical advantage — especially in such a way that Sun Tzu would approve; not needing to engage physically? Perceive, prepare, position.

As opposed to finding yourself rocked back on your heels behind the action-reaction power curve, awareness is the currency that buys you time and allows you to proactively solve the tactical problem.

Controlling your immediate environment with your physical senses (visual, auditory, etc.,) and your awareness (perception) gains a tactical advantage in three ways.

First, it is your earliest warning system.

Alerting you at the very onset it is not possible to stay any further ahead of the power curve. By hearing it, seeing it, or sensing it coming, you end up ahead as opposed to behind the curve of an emerging physical threat.

Second, it acts as a deterrent.

When your would-be-assailants observe that you are mentally connected to your environment, they understand that you are gathering relevant information that can be used against them and that by doing this have effectively removed any element of surprise. By using your perception as a deterrent, it stops the fight before it even starts.

Lastly, but certainly not least…

…others observing your acute perception indicates to them that you are not such an easy or soft target. In fact, it both begs the question “Are there softer targets?” and provides the obvious answer “Yes.”

Being prepared for physical combat starts in the mind. You must be mentally tougher than your adversaries. Mental toughness is the measure of individual resilience and confidence that can project success at home, at work, in competition, and under duress. It refers to any set of positive non-physical attributes that helps you to cope with the threatening situation and perform under duress and in difficult situations.

What exactly is mental toughness?

Being prepared for physical combat also means being in good physical condition. If you were a predator searching for easy prey and you had your choice between someone who looked physically weak or incapable versus someone who appeared strong and physically able, which one would you most likely target? The one who wouldn’t appear to put up much of a fight.

Predators go for low-hanging fruit, soft targets, and easy prey. They don’t want to tangle with someone that may be tougher than them mentally and/ or physically that could possibly raise their scale of injury, put them in a hospital or in a morgue.

Exploiting your perception and your preparedness affords you the opportunity to take up the most tactically sound physical position as a precursor to engaging in physical violence.

The three most tactically advantageous positions are found at higher ground, away from the fatal funnel, and in keeping your ducks in a row.

‘Higher ground’ can be applied either indoors or outdoors.

‘Fatal funnel’ is a close-quarters battle (CQB) term often used by military and law enforcement specialty teams to describe potential choke points such as doorways, stairwells, entryways, or any type of narrow area. Although specialty teams train for many hours on how to negotiate, navigate, and otherwise circumvent the fatal funnel, a general rule of thumb is to avoid those types of locations if you were to engage in physical combat.

Keep your ducks in a row.

‘Ducks in a row’ is a term referring to physically positioning yourself opposite multiple assailants. As an example, if there were two attackers and you positioned yourself in between the two of them then you would be essentially fighting a two-front war.

If, instead of being in between them, you flank one or the other of them and then line them up like ducks in a row, you’d at least have the tactical advantage of having one of them standing in between you and the other one, forcing them to first deconflict with each other prior to moving at you simultaneously which buys you the tactical currency of time and opportunity.

If you were a predator and you observed a potential target that was perceptive and effectively monitoring their environment, removing any element of surprise plus appeared to be both mentally and physically prepared and lastly moved to a superior tactical position, it would be in your best interest to seek a softer target or be willing to assume a substantially higher risk.

In a police interview with an apprehended felon, an investigator asked the perpetrator why he didn’t engage the arresting officer when he clearly had the capability and opportunity. His response was “Well, I thought about it for a second, but he really looked dialed in, kept changing position and I could tell that he was well trained, so I didn’t think I could beat him.” The officer held the upper hand. Utilizing one or more of these tools; perception, preparation, and position, can afford you a similar tactical advantage. 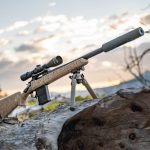