As a shotgun nerd, I pay attention when new shotgunny things hit the market. Carrying spare shotgun ammunition has always been an issue due to the bulk of the 12 gauge round and the fact that most shotguns are loaded a single round at a time. We’ve seen belts and bandoliers that hold a dozen rounds, five-round MOLLE mounted bandoliers, pouches, and more. But the AmmoPal is the first time someone made a Pez dispenser for shotgun rounds.

I’ve had an AmmoPal since 2017, and it’s been used on various pieces of kit and reloaded a dozen different shotguns with it. When they popped up on GunMagWarehouse, I jumped at the opportunity to review one of these bad boys. Shooting Made Easy Created the AmmoPal to simplify carrying shotgun ammunition. It’s not a bandolier, and not a single elastic loop is used.

Instead, the AmmoPal acts like an independent magazine for your tube-fed shotgun. It’s a polymer constructed rectangle, complete with a spring and follower to push rounds to the top. Although, the AmmoPal doesn’t get inserted into any firearm. It simply feeds you one round at a time to keep your shotgun topped off and well-fed.

The AmmoPal Inside and Out

The AmmoPal gives shooters the capability to carry ten 2.75-inch shells in that big polymer rectangle. That polymer is built to last and made from a UV, oil, and flame resistant polymer. It feels thin and light, but it’s pretty tough. I’ve dropped it numerous times in sand and dirt, on concrete floors, and more. Over the last five years, it has yet to crack, break, or bend in any way.

Shotgun ammunition is fed through the top of the magazine, and instead of feed lips, we have two retaining fingers on each side of the shell. The fingers sit on the right and left of the shell and allow you to use your thumb to get behind the center of the shell and pop it out with ease. Unlike a standard magazine, you can load the shells facing right or left, alternating or whatever.

You can mount your AmmoPal to a belt, to a plate carrier, battle belt, etc. Two sets of clips allow it to be mounted to MOLLE or a standard belt, and you can use a single clip or both, depending on what level of security you want.

Up, Down, All-Around With the AmmoPal

The AmmoPal can only run vertically unless you have side-mounted MOLLE on your gear. I do wish they’d release clips to allow it to run horizontally on all equipment. You can reverse the clips and run them upside down, but it is tough to use upside down.

The AmmoPal is ambidextrous and the clips can be detached with a snap. Without the clips, the AmmoPal will fit into a double 5.56 magazine pouch if you want to roll that way. You’ll have to squeeze the AMmoPal in most of them, but they fit and won’t pop out.

You are stuck with using 2.75-inch shells with the AmmoPal. Not shorty shells, not 3-inch magnums. Those 2.5 shells fit but bounce around, and I can see them being a reliability issue. Stick with 2.75-inch rounds. I’ve never had it fail. As shotgunners know, 2.75-inch shells vary in actual length depending mostly on how they are crimped.

For example, I have Rio 00 buckshot that is supposedly only 2.75 inches long. I’ve found that I can only fit four of them in a five-round tube, with the fifth round just barely not fitting. The AmmoPal provides a little slack to accommodate these different lengths.

Like any magazine, you can break it down by removing the floor plate. Inside you’ll find a nice spring made with the same material as your standard AR 15 magazine and a very robust follower. Cleaning it takes no time at all, and the big size makes it easy to get sand, dirt, and the like out.

Loading the AmmoPal isn’t difficult either. The spring and follower move with ease. Since it’s not feeding a gun the AmmoPal, the spring doesn’t have to be super tight. It will get the shells to the top and won’t pin them against the retaining fingers in such a way as to make them difficult to remove.

Most plate carriers allow you to fit three AmmoPals to the front of the carrier. This gives you thirty rounds on tap in an easier-to-reach and less obtrusive way than bandoliers, pouches, and similar shotgun feeding options. If you run multiple AmmoPals, you can run one full of slugs and two full of buckshot, and as Pastor Troy says, vice versa. Outside of the top round, the majority of your ammunition is protected from the elements inside the AmmoPal.

That’s the tactical way to carry ammo, but heck, I don’t see why you couldn’t strap one of these to a belt when you go bird hunting. It’ll provide ten rounds in a convenient, belt carried manner.

Regardless of how you choose to use the AmmoPal, you can feel confident that using it is pretty dang easy to get rounds into your gun. Push the round with your thumb into your fingers and shove it in the gun. It’s not hard, and if you are left-handed, you might do it a little differently than a righty, but not by much.

You can very easily remove the rounds from the AmmoPal and shove them in your gun. To me, it’s easier to use than a bandolier or a five-round MOLLE attachment. I don’t have to transition from left to right for more rounds. I have one constant index point to reload from, and that’s quite nice when you need ammo in a pinch.

The downside is that it takes more time to remove more shells. It’s easy to pull two shells from a bandolier at the same time but tougher to do so with the AmmoPal.

Can I Leave It Loaded?

Leaving shotgun magazine loaded can be problematic. The pressure from strong springs will make the plastic hull deform over time, and this will cause feeding issues. However, the AmmoPal uses a rather tight spring, and I’ve left my loaded for lord knows how long, and the shells were not deformed in any way.

It won’t break from being left loaded, and the shells look perfectly fine after sitting for what’s easily been nine months to a year. I feel confident you can leave your AmmoPal fully loaded and not face issues.

Overall, the AmmoPal provides a very well-made option for stashing shotgun shells. Carrying spare ammunition for the shotgun is always tricky. The AmmoPal offers a simplistic option that works with modern tactical gear. I’ve always thought that consistency was the key to speed, and the AmmoPal does provide consistency when it comes to where your ammunition sits for retrieval.

That alone can be invaluable. If you’ve used one, let us know what you think in the comments below. 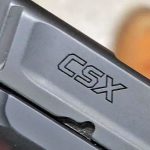 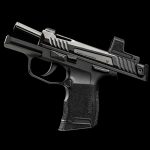