Rimfire firearms are always some of my favorites. These little guns have barely any recoil, cheap ammunition, and are a ton of fun. They are great training firearms, perfect for teaching younger or less experienced shooters. Plus, they can be used for small game hunting, competition, and so much more. They are very versatile firearms and tend to be quite popular. I combed the halls of SHOT Show 2023 to find the best new rimfires for training, fun, and even hunting.

I can cheat a little in my own article, right? I hope so because my first pick isn’t a gun but a conversion kit for the Hellcat, Glock 43X, and Sig P365 handguns. Advantage Arms kits are nothing new. They’ve been making conversions for Glocks, 1911s, and Xds for years. What’s new is that these kits are aimed at converting the most popular carry guns to .22LR for training purposes.

These kits work on the Colt Ace design from decades ago. It’s a unique setup that allows shooters to practice with their actual carry guns. These kits are designed for both the normal-sized Hellcat and P365 as well as the XL and pro models of their respective guns.

These guns allow you to use your actual slide and frame. You have to swap a few small internal parts, the barrel and magazine, and bam. You have a .22LR version of your carry gun. Shooters can use the same optics, lights, lasers, or whatever with your training platform. The Advantage Arms kits should be available later this year. I can’t wait to purchase one for my Sig P365.

The Diamondback Sidekick is all kinds of weird, and the Birdshead model takes that weirdness and shrinks it. The gun has the appearance of an old cowboy revolver. Rimfire cowboy guns are quite popular, and guns like the Heritage Manufacturing Rough Rider rule the market. The Diamondback Sidekick Birdshead looks like a cowboy gun but is far from one. 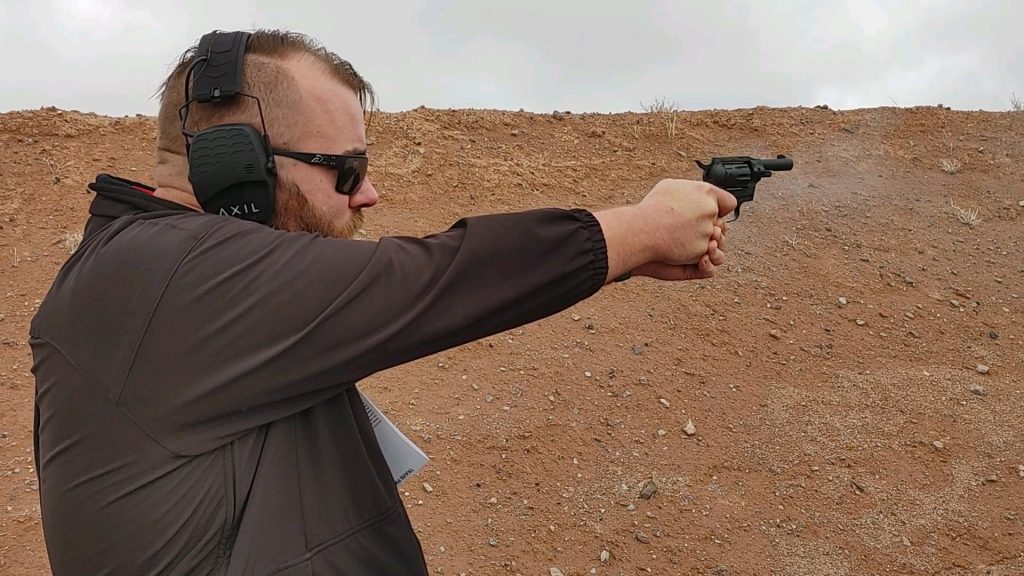 It’s a bizarre revolver, but a fun one. This is a nine-shot revolver that easily converts from 22 Magnum to .22LR. It features a double-action trigger mechanism and a swing-out cylinder. This allows for faster reloads and breaks the cowboy mold. Historically, double-action revolvers like the Colt Lightning existed in the old cowboy days, but swing cylinders weren’t around back then.

The Birdshead is odd but a lot of fun to shoot. There is hardly any recoil to the gun, and it’s quite accurate. At Range Day, I was pinging targets out to 25 yards easily and consistently. The double-action trigger is pretty dang sweet. This is a totally fun gun, and fun guns are my favorite.

The slide features an optics cut, and Taurus is packaging the guns with Riton optics in some packages. The TX 22 is very light at only 16 ounces total and handles very nicely. At range day, the little gun proved to be a light-recoiling, reliable weapon that was quite accurate. The gun’s grip is quite ergonomic and fits the hand well. The TX 22 Compact reminds me of a little bulldog.

The TX 22 Compact could be a plinker, a steel challenge pistol, a training tool, or even a defensive pistol. Using .22LR for self-defense isn’t the best option, but if you cannot possibly handle anything bigger, then the TX 22 offers a lightweight, concealable weapon for that purpose.

The Chiappa Little Badger series were these minimalist, single-shot, folding rifles with an industrial edge to them that made them quite unique and rather handy as dedicated bug-out guns. I have owned one for years, and I’m excited to see the latest model, the Takedown Extreme. The TDX, for short, is a single-shot, 22LR rifle that has the same industrial appearance as the original Little Badger.

The TDX doesn’t just fold in half. It breaks down into two pieces to form an ultra-light, ultra-compact rifle that’s easily stowed and carried in a backpack, messenger bag, or whatever. Chiappa even includes a pill-shaped plastic cylinder to carry the TDX in. It’s as light and minimalist as a rifle can get and still fairly functional.

The sights are M1 Carbine style peep sights, and a quad rail outfits the rifle for adding a red dot, mini light, or whatever. Like the original Little Badger, a spare round holder allows you to pack a few extra rounds on the gun. This little rifle is also dang low and plenty of fun for the price.

When it comes to young shooters, the .22LR is the way to go. The little noise and recoil make it a natural draw for shooters of all ages. Wee 1 Tactical designed the JR-15 with the Junior shooter in mind. This is a blowback rimfire rifle dressed up to look like an AR-15 but scaled down about 20% to better fit the smaller frame of younger shooters. The JR-15 mocks up an AR from top to bottom, well, mostly.

The rifle has an M-LOK rail, an optic rail, a detachable magazine, and a seven-position stock. It’s super tiny and absolutely adorable. The gun weighs about 2.5 pounds and is small all the way around. The gun feeds from magazines that look identical to AR mags but are scaled down to fit the JR-15. The little rifle does feature a slightly different safety that is impossible to accidentally swap to fire. It’s a smart move for a kid’s rifle.

The gun is a bit small for me but still fairly fun to shoot. It’s downright adorable. Wee 1 provides five and ten-round magazines as well as a one-round magazine. One round is great for new shooters and helps minimize safety issues. It’s a clever little rifle, and Wee 1 is also producing a mini AK in the near future.

Everyone needs a rimfire weapon. In fact, you might need several rimfire weapons. Rimfire handguns and rifles are a ton of fun and allow you to shoot and practice on a tight budget. SHOT 2023 showed us a wide variety of rimfire rifles, some designed for young shooters, others designed for training, and others designed as a bug-out rifles for hunting small game. These are varied and versatile guns that can fit a wide variety of roles.

These are my favorite new rimfires. What are yours? Let us know below. 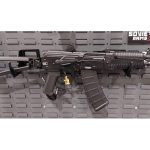 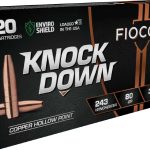