Who doesn’t love red dots? Aimpoint gave us the first modern red dot in 1975, and since then, they’ve gotten smaller, more powerful, and all the more capable. We’ve seen rifles and handguns benefit substantially from red dots, but what about shotguns? Lots of people seem to be resistant to optics on shotguns. I’m here to tell you today why you need a shotgun red dot.

Shotgun Red Dot — The Best of Both Worlds

I love shotguns of all types, from the latest tactical, mag-fed blaster to the old-school double barrel. In all my shotgunning, I’ve not found a shotgun that couldn’t be improved with a red dot. A good shotgun red dot offers you substantial improvements over a bead sight or ghost ring sights because it combines the best factors of both sighting styles. A shotgun gun red dot gives you the ease of use of a bead with the precision of ghost ring sights.

Speed, All The Speed

Red dot sights reduce the time it takes to get an accurate lead on target. That sentence alone should sell you on the shotgun red dot. Shotguns are close-quarter combat specialists, and speed matters in close quarter’s shooting. The faster you can get a load of buckshot on target, the better.

After a bit of force-on-force training, the first thing I learned was speed matters a ton in close quarter’s situations. A red dot eliminates the time required to align ghost ring sights and captures the eye faster than a bead sight.

Red dots famously catch the eye very well. Even better than a bright gold bead. A shotgun red dot offers you an unparalleled level of speed. When I went from ghost ring sights to a red dot on my Benelli M4, I trimmed half a second off my snap drills. Speed isn’t everything, though, and if your shots aren’t landing, then it doesn’t matter how fast you are pulling the trigger.

With that in mind getting on target and putting buckshot where it matters is much easier when gazing through a red dot. With iron sights, you’re supposed to focus on the front sight; with a red dot, you look at the target. Focusing on the target is much more natural than focusing on a front sight when you are fighting for your life and when you are training with a little stress.

Day or Night, the Dot Glows

A red dot gives you a sighting system that works 24 hours a day and in any lighting condition. If you utilize a shotgun red dot with shake awake or with a system that only sips at the battery, then you just leave it on. Bad things can happen 24 hours a day and having a sighting system that works both in low light and bright light is comforting. Hell, a good shotgun red dot can even work with night vision for you goons out there.

The Right Dot Does Wonders

I’ve taken to using Holosun red dots on my shotguns. Holosun has proven itself to be competent and making red dots that are durable, easy to use, and feature-filled. One feature I love is the multi-reticle system. I used the 32 MOA circle with my shotguns because I can pattern my buckshot inside of that reticle.

I know that with my chosen load of Federal Flitecontrol buckshot within 15 yards, not a single pellet will leave that circle. I know where every pellet will go, and I can guarantee with confidence that the pellets will hit where I need them to. This allows me to do things like take headshots with confidence.

Using a shotgun means understanding how it patterns. You are responsible for every pellet fired from your shotgun, so having this feature in a shotgun red dot allows you to shoot with supreme confidence inside your home. I know the longest shot in my house is only 12 yards, so my shotgun red dot, and ammo selection works perfectly together.

What Kind of Red Dot?

Obviously, you want a quality red dot. You do not want a shotgun red dot that costs 30 bucks on Amazon. It won’t hold up to serious use. Like with any serious optic, you need to consider the basics. Any shotgun red dot needs to be durable, well made, shock- and water-resistant.

Poorly made optics will often stutter and flutter when faced with the heavy recoil a shotgun generates. This results in the dot turning off due to poor battery connections, not to mention the recoil will beat it to hell and eventually break it.

Shotguns don’t benefit from larger red dots. In fact, they can actually make handling a shotgun harder. Port reloads over the top are restricted when larger optics are in the way. Also, big red dots will get in the way of using side saddles and make it tough to pull rounds out the top.

Smaller dots often work better, and shotgun layouts traditionally favor low-mounted dots. The lower, the better in most cases with the way a traditional shotgun stock works. Shotgun red dots shouldn’t have AR height riser mounts unless they are AR-type shotguns like the VR 80 and Blackwater Sentry 12. On your traditional Mossberg, Benelli, or Remington, a low mount gives you a proper cheek weld.

Your pistol red dot and your shotgun red dot have a lot in common, which makes sense when you consider they are both close-quarters weapons. In the same vein, a larger reticle works better than a smaller reticle.

The smallest shotgun red dot reticle I’d suggest is 3 MOA. Honestly, bigger is better, and it’s not out of line to run with a 6 MOA dot or triangle-type reticle. The bigger the dot, the faster and easier it is to see. If it’s fast to see, it’s easy to shoot with. That’s another reason why I’m a fan of the Holosun 32 MOA reticle. It’s big but not obtrusive.

Popping a red dot on your shotgun gives you the same advantages you get with both a rifle and handgun. It opens up the gun’s potential. You’ll find yourself getting 00 on target faster, with better accuracy, and even at longer ranges. Don’t sell the shotgun red dot short; it makes a bigger difference than you’d imagine.

House Cannons With Red Dots In Use

Some examples of other shotguns with a red dot can be found below. 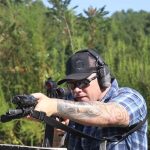 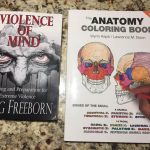