It’s a fight as old as time: is the AK47 or the M16 better? Paul Harrell takes on the AK-47 vs M16 question in the video below and tries to demonstrate which is more powerful. The main problem is that one is 5.56 and the other is 7.62 but he tries his best to get to an answer for us.

Paul admits that this subject has been done so many times, but people still want to hear about it from different sources. To take on the subject, he decided to focus on one aspect only — power or energy foot-pounds. He also admits that ballistic charts don’t always give the best view of the topic because there are too many variables in play. Variables such as weather, ammunition brand, bullet weight, and barrel length, just to name a few, can really affect your test results.

Here’s some quick background in case you need it.

A typical 5.56 or 223 round has a velocity anywhere from 500-800 feet per second more than a 7.62 or 308 round. On the flip side, a 7.62×39 round has a heavier bullet that will give total energy foot-pounds higher than a typical 5.56 round. That information gives a good example of how just quoting numbers from a chart can give a one-sided view. Paul gives the great example of a bumblebee that on paper is not aerodynamic and shouldn’t be able to fly but yet can and does fly.

To help keep things constant for the test, he wants to show both rifles head-to-head at the same target. Paul decides to keep with the same ammunition for each test, except for one. For the M16 he uses Federal XM193 ammunition, a true 5.56 NATO round with a 55 grain jacketed spearpoint bullet. For the 7.62×39, Paul chooses Wolf 7.62×39, a 123-grain spearpoint jacketed bullet.

First up for the test is the log cabin wall.

He uses 6” poles stacked on each other. With the curve to the poles, he is aiming for the center of the logs, placing a target behind the wall, and shooting from 25 yards.

He shoots the M16  first and all rounds went through. The target is peppered with secondary projectiles, such as splinters, and just about every bullet hole is sideways indicating a tumbling bullet. For the AK, all shots go through with no tumbling or splinters. He believes that the AK-47 is better at accurate penetration through this medium.

Next up is the cinder block test.

Paul arranges ten blocks like bowling pins with three filled soda bottles behind them. It takes the M16 31 shots before the bullets finally penetrate to the soda bottles.

With the AK-47, it takes around 20 shots to penetrate the blocks, but the rounds never actually hit the bottles, knocking them over instead. Paul concludes that the AK47 rounds ate through the blocks faster than the M16 rounds.

The third test is with water-filled gallon jugs to demonstrate hydrostatic shock.

For this test, he actually switches up the ammunition to something he would hunt with. For the M16 he shoots 223 Remington 55 grain soft point. This round is the same bullet weight as the 7.62 bullet, and it does a fair job at blowing apart the jugs. For the AK-47, he shoots Silver Bear 125-grain soft point bullets that also do a fair job of blowing the jugs apart.

In a side-by-side comparison of the jugs after the test, they all look roughly the same as far as damage, with a slight advantage going to the M16 due to the higher velocity.

Typically, when vehicles are used as targets, they use the front doors for one gun and the back doors for another weapon. This is a problem because the physical make-up of the doors is drastically different as well as the placement of internal mechanisms. So, for this test he shoots 15 rounds through open doors, front and back, with a three-sheet thickness of plywood placed behind the doors.

The M16 test has bullet fragments, lots of fragments, and tumbling into the second door. The plywood has eight impact holes with seven exit holes. For the AK, there are lots of secondary fragments as well as a broken window. The plywood has nine impact holes with only six exit holes. Paul concludes that there is no clear winner for this test thanks to all the variables in the car door.

In conclusion, Paul says that the log cabin and the cinder tests go to the AK. The water jugs test iss a win for the M16, but with the car, there is no clear winner. He says it comes down to two things. One, no matter the conclusion, the debate will continue to rage on. And Two, there is no solid winner from the power test. He suggests that you take the results and make the choice for yourself.

Want another take on this debate? Check out this article: Face off: AK-47 vs AR-15 — Accuracy. 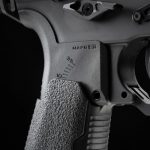 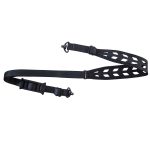