Gungrave. Why does that sound so familiar? I saw the advertisement for a game called Gungrave G.O.R.E. and was struck with an odd feeling of nostalgia. I couldn’t place it. It looks anime-like, and I know for sure I didn’t watch any anime. These days, all mysteries are solved by whipping out my old phone and typing it in. A YouTube video for a PS2 game called Gungrave hit me hard with nostalgia and woke up some lost memories of my youth.

Back in 2002, I played a game called Gungrave on my PS2. I had completely forgotten the game and had no idea there was a sequel. To be fair, this was the fourth entry in the series, and I honestly thought it ended after the first game. With that flashback and nostalgia in mind, I hit the download button on Xbox on Gungrave G.O.R.E.

Gungrave G.O.R.E. offers neat character designs, huge bosses, and decent graphics. I played in the cel-shaded mode to give it a cartoonish pop to it. The graphics are overtly cartoonish, and that offers its own charm against the old ultra-violence of the game.

You play as a character named Beyond the Grave, or Grave for short. He’s a dead hitman revived to fight crime. He carries around a coffin on his back for reasons unexplained, and it also doubles as a melee weapon. On top of that, you also carry a set of akimbo pistols that each have two barrels, so you fire four shots with every trigger pull. It’s all about style and flare and not so much tactics and intelligence.

The Plot of Gungrave G.O.R.E.

I don’t like anime because of what I call “Stupid Anime Bullsh!t.” It’s cheesy characters, massive exposition dumps, poor storytelling, and oddly sexualized cartoons. With that in mind, I most certainly dislike the plot of Gungrave G.O.R.E. It’s a quasi-silent protagonist who is trying way too hard to be a brooding bad boy.

He barely says anything, and all he needs is his two guns. Literally, that’s it. The game has you chasing a criminal organization called the Raven Clan, who is producing a drug called SEED. SEED users eventually turn into monsters, and you’ll fight plenty as you play. Other than that, I couldn’t tell you the story. You’re part of a team, but you seem to be the only one doing anything of note. You have an annoying narrator telling you the obvious as you play, and she gets annoying fast.

I don’t mind games with shallow plots. It is all about the gameplay, anyway. Just know that going into this game, you won’t find anything of note story-wise. The story is just a vessel to get you into different environments, killing people. You can certainly skip all the cut scenes, but if you do, you’ll miss some great translation errors.

Here is the gameplay loop. You enter an environment composed of hallways, then you traverse forward, shooting everything that moves and most things that don’t. Your weapons in Gungrave G.O.R.E. are isolated to your pair of pistols and your coffin. You have a variety of techniques and combos you can employ with those weapons.

This includes some serious gun-fu, charged shots, the ability to take hostages, and a number of special abilities called demolition shots. You chew through hundreds of enemies throughout the game, blasting away with your guns in a symphony of gunfire and chaos. Your finger might get tired of pulling the controller’s trigger.

I don’t understand how the Raven Clan can recruit so many people because by level three. I had to have killed thousands. The enemies vary from guys with guns and rocket launchers to guys with tire irons. Big ups to the tire iron guys rushing a man rapidly firing two pistols in their direction. There are a number of mutant bad guys and various shielded enemies. Certain enemies require you to use certain techniques to defeat them.

Your level objective is literally “Kick their Ass,” and that’s it. Your real objective is to try to get a high ‘beat’ score and a high Art score. Beat score is you keeping up a combo and builds by shooting bad guys and the environment. Art score is built by using executions and Demolition shots. You get graded for both at the end of the level.

The real fun comes from trying to get your Beat score as high as possible, and you can get it up to the thousands of beats with proper planning.

That’s the magic question. I guess it’s okay. Honestly, I got a little bored midway through and was just hoping to finish levels. The enemies are repetitive, and the bosses never felt super difficult, either. If I had paid $50 for it, I’d have been disappointed, but I didn’t, so here we are. Learning how to mix the beat and art score on top of not dying can be a thrill, but it’s repetitive to a degree.

Not to mention the environments are super tight, and there is no room for exploration. It’s just a run to the finish line.

The fictional pistols are the only guns present. I went to the Gungrave G.O.R.E. Wiki and looked up the stats on these bad boys. They are called the Cerberus…which makes no sense since Cerberus had three heads and these guns have four barrels. They fire two 15mm bullets per trigger pull, so they aren’t slouching in the power department.

Gungrave G.O.R.E. is an okay game. Maybe if I was a die-hard anime fan, I’d be more into it, but I found it to drag on. I wished the levels were over about midway through, and I trudged through the game to get it done. It’s just not for me. It’s a mindless shooter that can be fun if you’re into that, but it’s not for me. 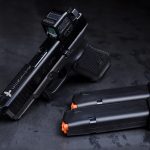 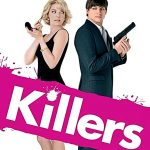