What do you get when you mix, match, and switch buffer weights and suppressors? Does it make a difference? How does each combination affect bolt velocity?

Those are the questions that SilencerCo tackled when they played with various buffer weights with and without two different types of suppressors.

Two questions emerged that needed to be answered.

The first was to find out how different buffer weights affected the bolt velocity, from the 3-ounce standard H2 buffer found in the M4 and most off-the-shelf AR-15s to the much heavier HX that weighed in at almost 9 ounces. Even though it may seem obvious that the heavier buffer would slow down the cycle rate, they had to be sure and had to set a baseline for the next part.

The second question was to find out how the gas-trapping characteristics built into various suppressors affected the bolt carrier speed with the various buffers, from lightest to heaviest.

Suppressors are a great way to reduce noise, but they can also affect buffer performance and cycle rate.

As expected, there was quite a difference in the performance of each buffer, especially when the suppressors were added. The tighter tolerance .556 retained more gas, thereby barely slowing down the bolt. The wider .45, which allowed more gas to escape the muzzle, had less effect on the bolt velocity.

But does the barrel length make a difference? To find out, they switched to an MK 18 with a 10-inch barrel to see if the extra six inches in the M4 made a difference. Their conclusion? Nope, not a bit.

Barrel length can also play a role in suppressor and buffer performance.

The key differentiator in both cases was the buffer itself.

It came as no surprise to anyone that heavier buffers slowed down bolt velocity, but it was interesting to see just how much it mattered. Even the slightest weight difference affected performance quite a bit. However, their conclusion was that even though the chronograph showed significant performance differences, the average shooter would be unaffected by the change in velocity.

The biggest finding as far as suppressor performance is that the decibel reduction is virtually identical regardless of buffer weight. Again, this is not a huge surprise, as the amount of gas making the bang is not dependent on the buffer, but this experiment solidified that conclusion.

Check out the science for yourself in the SilencerCo video. And when you’re done, check out our selection of M4 mags and accessories for your AR.

Read more about SilencerCo in the archives. 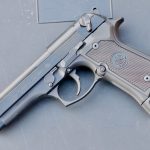 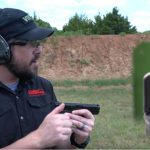