Before we jump into a discussion of M9 magazines, I’ll admit I’m a bit of a Beretta fan. Ironically, my love of the brand began with a Taurus—a PT92—that was used as a prop in the 1996 Baz Luhrman Romeo and Juliet film. Such a kickass take on the classic–the gas station gunfight alone was worth the price of admission.

The second gun I ever bought was a decommissioned 92FS from a police department. And over the years, I’ve owned several. The fanciest was a stainless 92 that I had rebuilt by Wilson Combat into a 92G—the greatest of all 92 variants. That remains one of my favorite guns of all time, but I gave it away to a friend who felt even more love for it than I did. 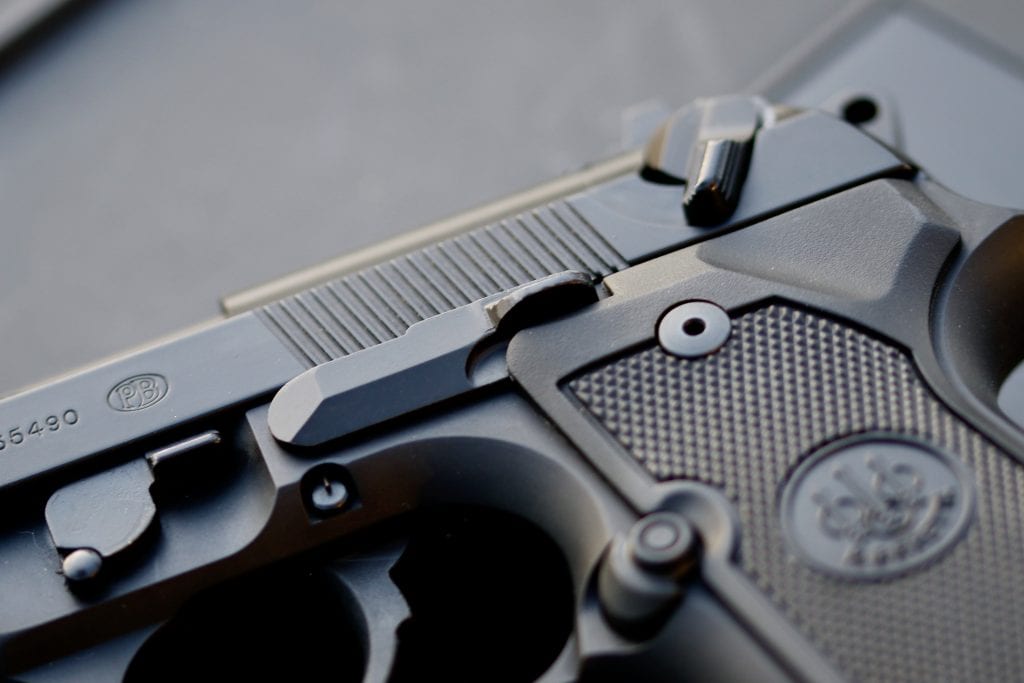 As far as handling goes, the Beretta 92FS is easy to control.

I regularly carried a 92 for years—right up until I bought a Sig P226.

The 92FS, or in this case a gun that’s stamped M9, is still a rock star. And it remains in my range rotation.

When I bought this gun, it came with a couple of weedy magazines. The 92FS is not a small gun, and the grip is absurdly large by contemporary standards (thanks to the screw-on grip plates). 13 round magazines in this gun feel oddly insulting to the M9’s legacy. Yet they exist. And I think there might be some lingering mag capacity laws out there that make the 10 round, and 13 round, and even 15 round magazines worth knowing about. 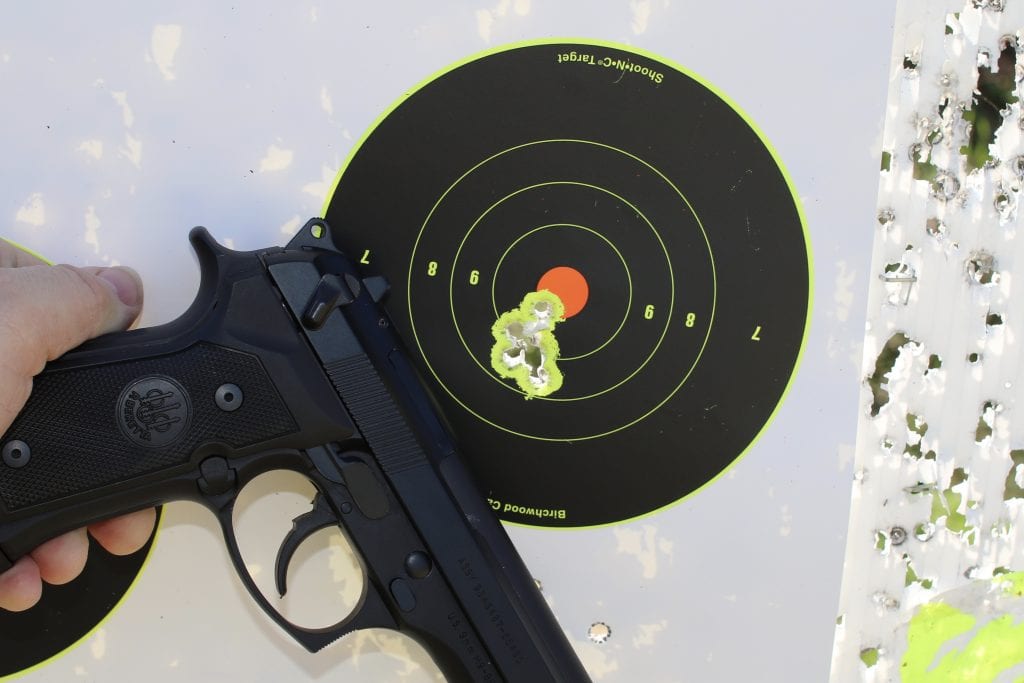 I may have more time behind the trigger of an M9 than I do any other handgun.

Beretta builds a solid pistol. The reason I liked the Wilson upgrade—and the P226, too—is that the traditional safety lever functions as a decocker. As I’m not one for external, manual, slide, or frame-mounted safeties, this makes shooting both of these guns that much faster for me. 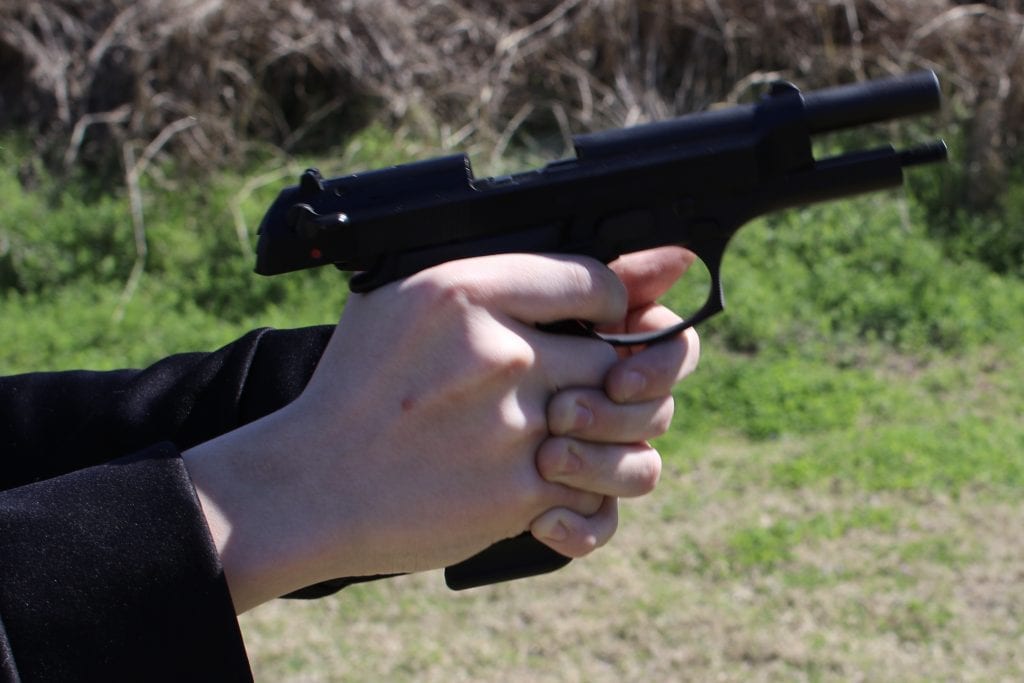 It shoots flat. This shot is of my 13-year-old shooting it. 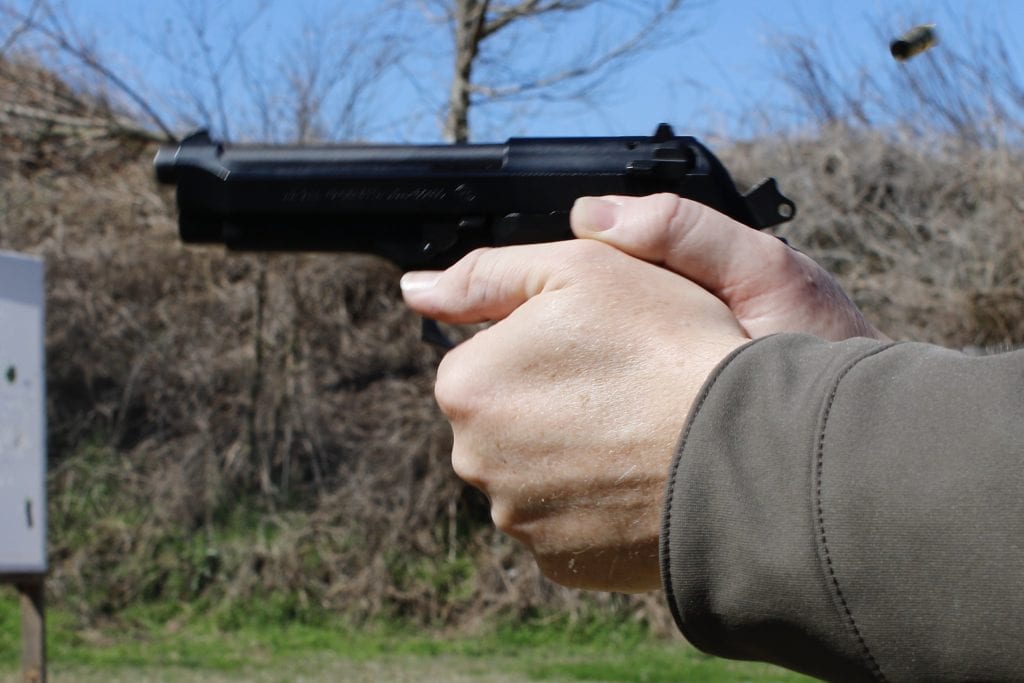 This is the same gun in my hands. That brass is hardly ejected and I’m 100% back on target.

The balance of the M9 continues to impress me. I’ve been carrying the P226 for a while now, but sometimes I think I should put the old Beretta back in the daily rotation as my go-to full-sized pistol. 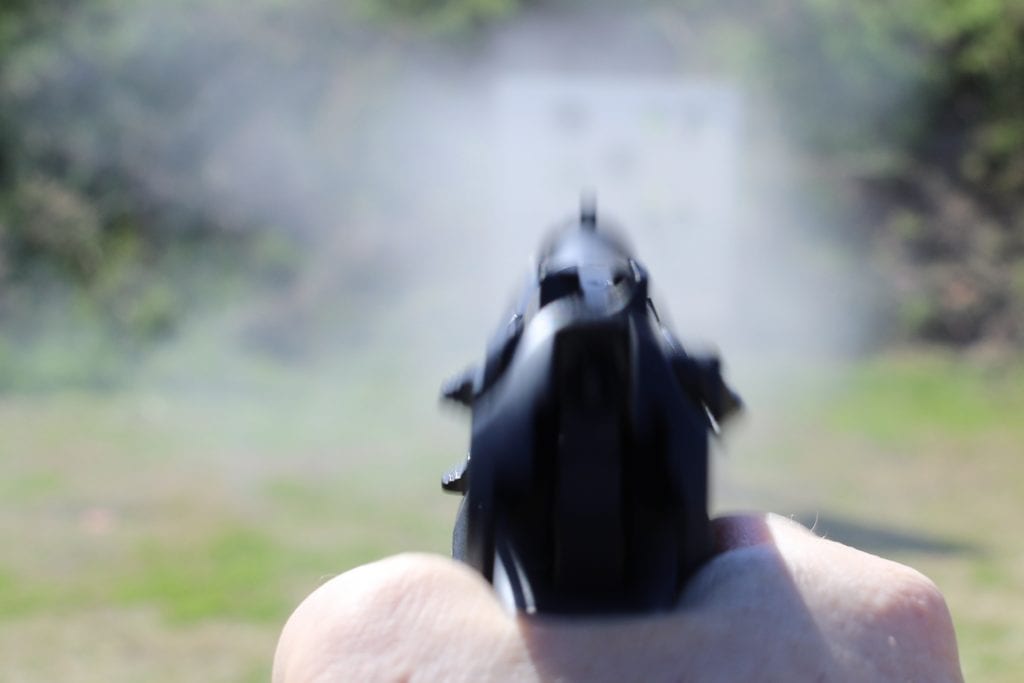 This is about all the muzzle rise I get, even one-handed.

But what about the M9 magazines?

As soon as I picked up this gun, I knew I’d need some new mags. The 15 round mag isn’t bad—but there’s so much more room in there. They even have to stamp the steel in on the sides to keep the capacity limited. 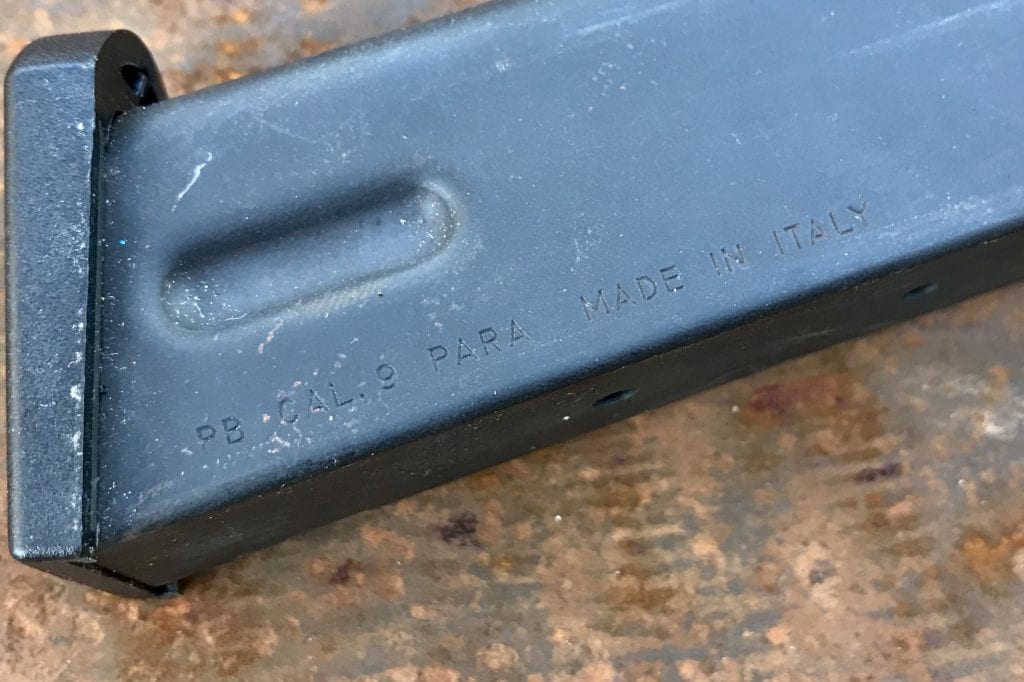 The equivalent of a dowel in a shotgun’s tubular magazine.

The 20 round mags are the sweet spot for me. The increase in capacity doesn’t change the balance, and I’ve yet to have a mag malfunction on me. 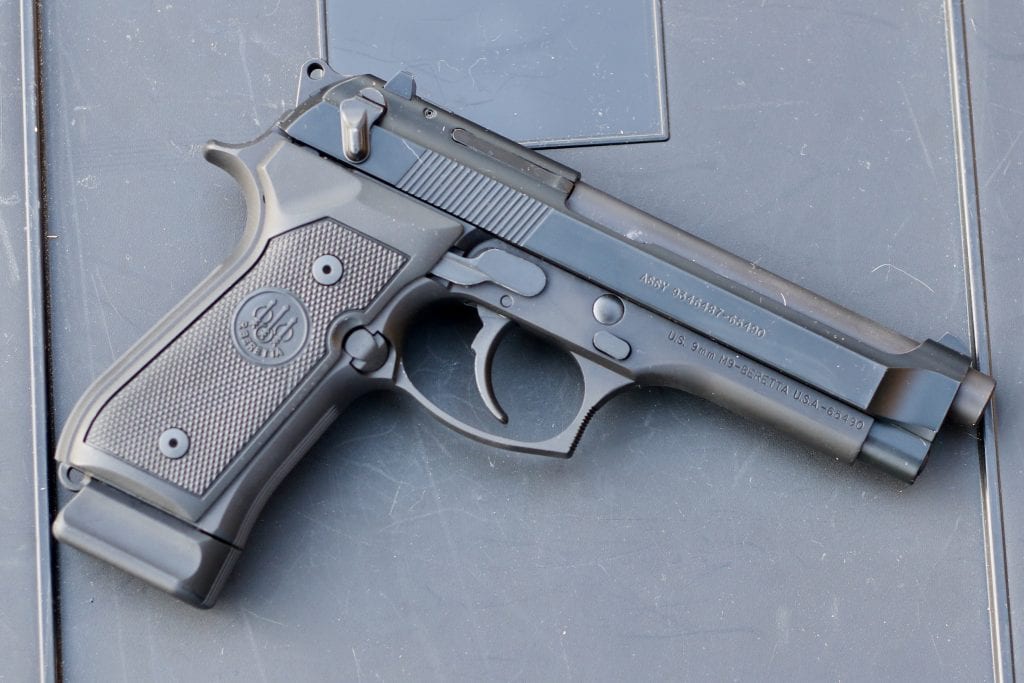 This is a 20 Round mag from Mec-Gar. These are my favorites, and the ones I carry in the M9.

For me, the winner is the 20 round mag from Mec Gar. I really like the bumper, and I’ve used these in this gun for more than three years now with no hiccups. Mec-Gar makes solid mags (and often mags the mags that are sold with guns as “factory” mags). 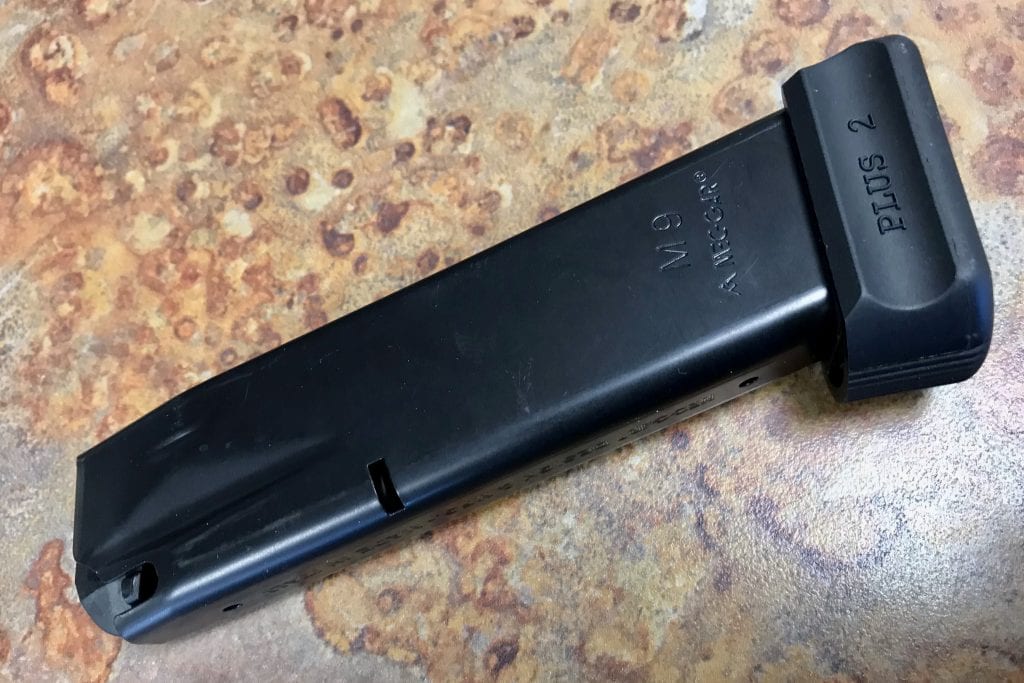 The heavy bumper on the end of the Mec-Gar Plus 2 adds a touch more length to the M9’s grip.

If you want a solid flush-fit mag, Beretta makes good 18 Round mags. 18 seems to be the nice middle ground between the 13s and 15s but is still not 20. 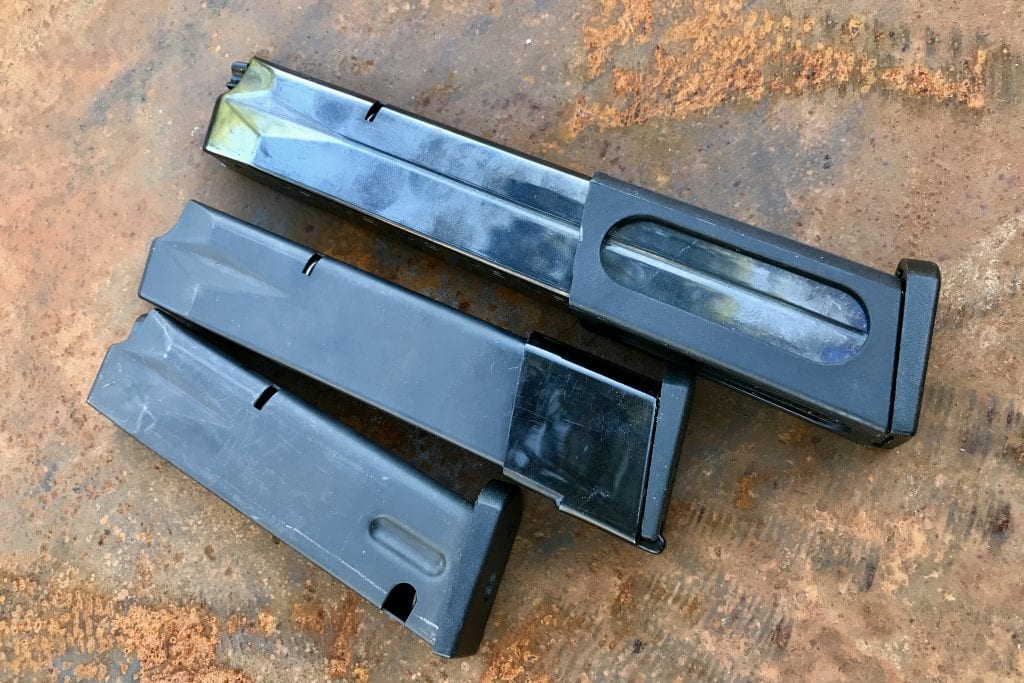 Beretta also makes 20 round mags. These are not as compact as the Mec-Gar but are still good mags. The middle mag in the image above is a 20 round mag. It protrudes from the grip by more than an inch, so has a collar that extends down over the baseplate. This is a bit of insurance—the last thing you want is for the rounds to exit the wrong in of the magazine. 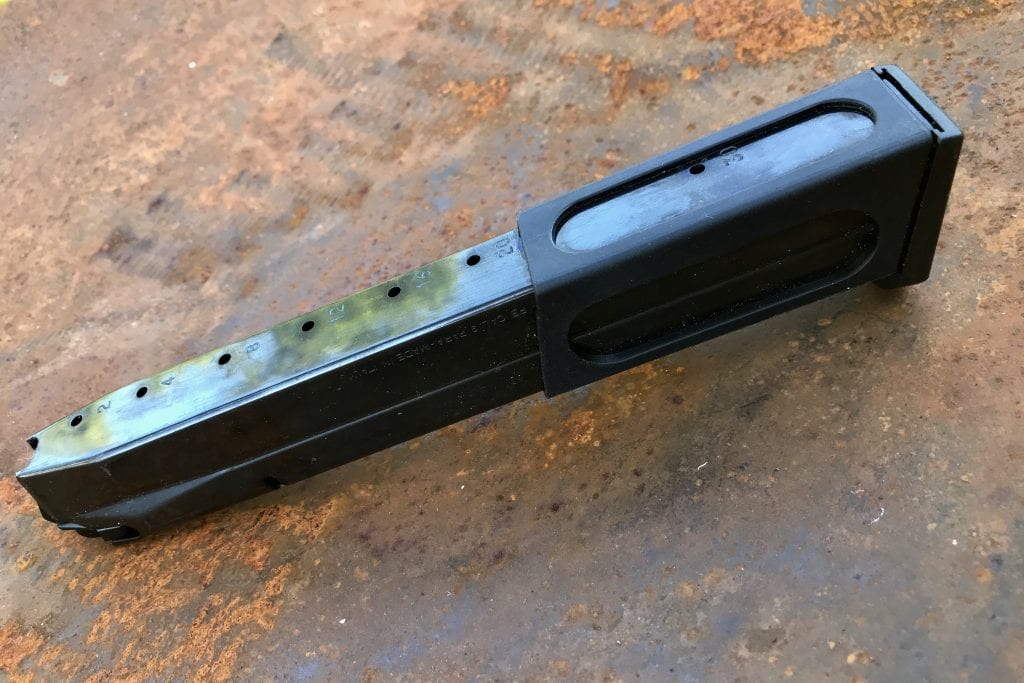 The 30 round Beretta factory mag is a serious upgrade to the M9’s capacity.

The really long dudes are Beretta 30 round mags. These are extendo-long. 30 rounds add a bit of weight to the bottom of a 92, but not so much that the gun isn’t manageable.

The 30-round M9 magazines are great for the range. Carrying them is awkward, of course, but this isn’t really a magazine built for EDC or even duty. But if you hate reloading on the range, this is the mag for you. 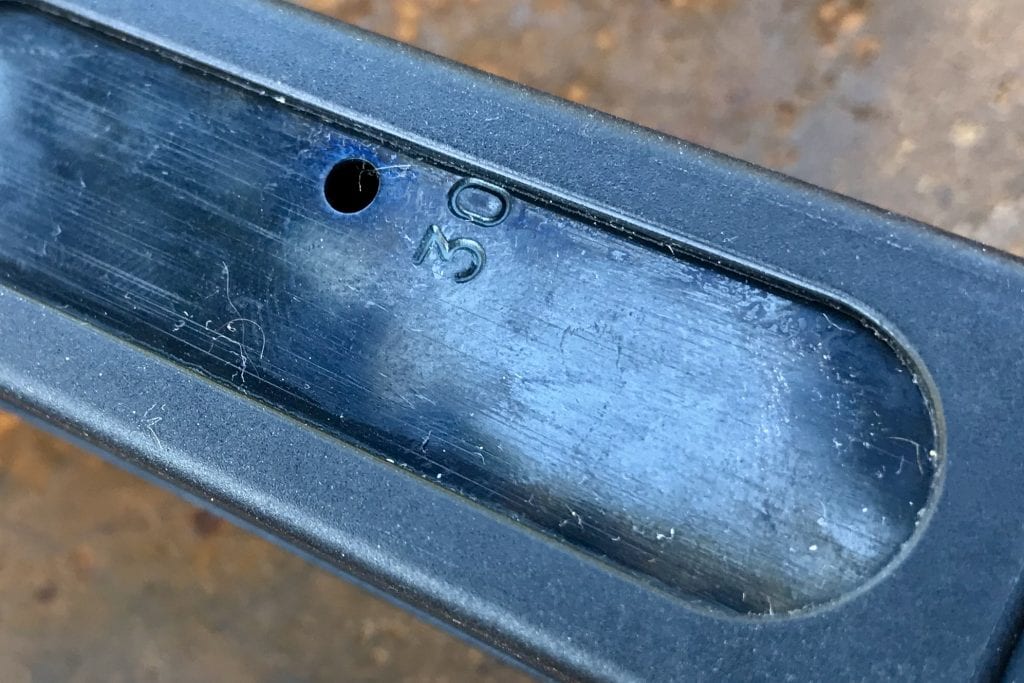 As you stack these mags with cartridges, the springs can get stiff. 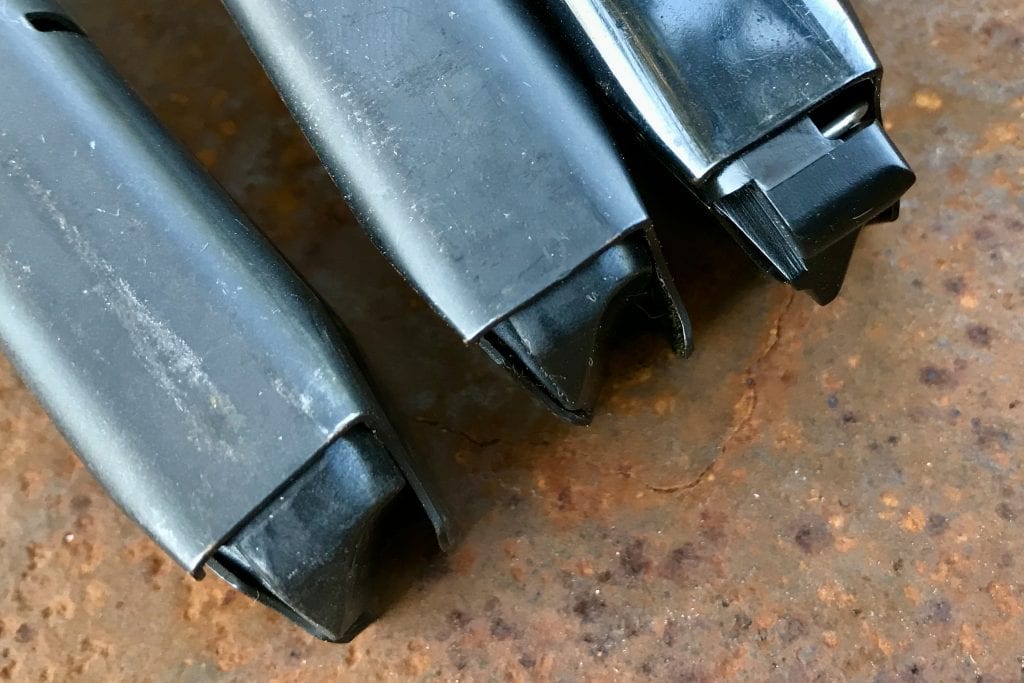 Some followers help close up the body of the mag. Others leave a small gap where range garbage can get it.

All of the M9 magazines that I’ve seen are steel. There are stainless bodies, but they’re very rare. Much more common is the powder-coated steel, or the blued bodies. 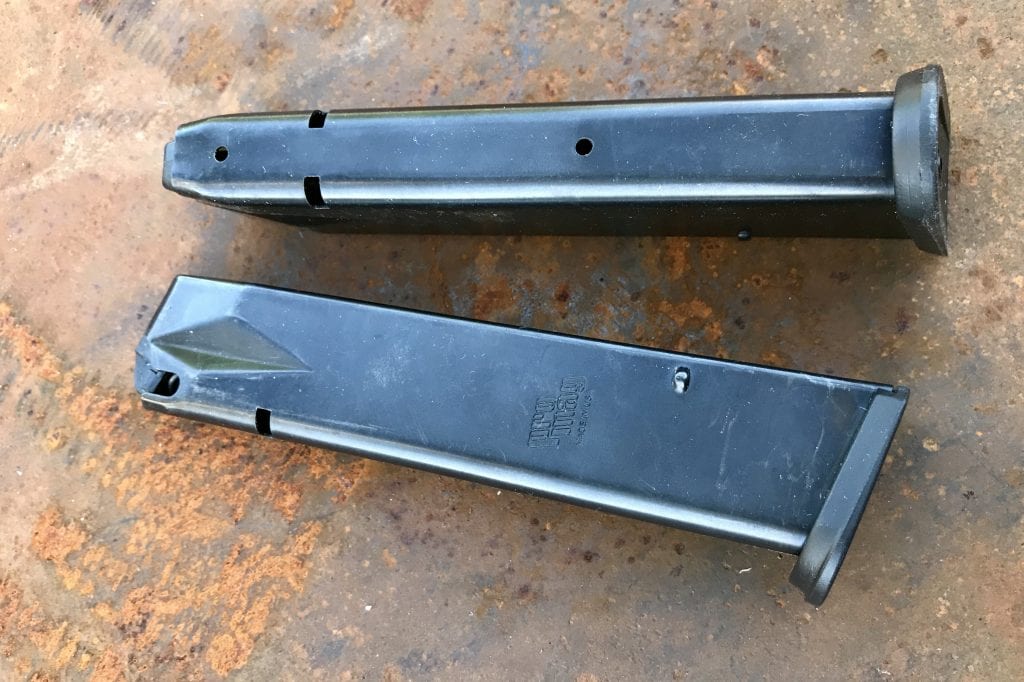 Sig P226 mags have the mag-catch much higher on the magazine body—but they’re still easy to confuse.

And don’t get confused with the multitude of other mags that are built off of similar designs. I have numerous unmarked mags for my Sig P226 that look almost identical. Many are even made by the same companies. The only visible difference is the mag-catch location, and I often have to check both in guns, just to remember which is which.

David Higginbotham is a writer and editor who specializes in everyday carry. David is a former backcountry guide in the Sangre de Cristo Mountains and Boundary Waters Canoe Area who was a college professor for 20 years. He ultimately left behind the academy for a more practical profession in the firearms industry and was (among other editorial positions) the Managing Editor for a nascent Mag Life blog. In that Higginbotham helped establish The Maglife’s tone and secure its early success. Though he went on to an even more practical firearms industry profession still, he continues to contribute articles and op-eds as time and life allow. 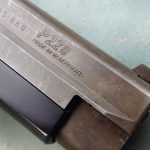 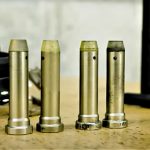