For all intents and purposes, an AK is a pretty easy gun to learn to operate. Chris Baker, from Lucky Gunner, says as much on his Shooting 101 video about the AK. If you’re new to shooting, or recently purchased an AK, you might find yourself needing a little guidance or a refresher on the basics like safely loading, unloading, aiming, and firing an AK-type rifle.

According to Chris, the AK is simple and straightforward to operate, but people might need some help to get started the right way. He stresses that there are different methods for what he does in the video and different people have different techniques, but he wants to show the basics of holding and operating the firearm safely.

Chris states that the word safe is a relative word. Anything with firearms is inherently dangerous and anytime we touch firearms we are dealing with life-or-death decisions. We can reduce the risk by following the four rules for safe gun handling:

In handling an AK, or any gun really, the first thing you’re going to do is to unload and clear the weapon.

How to Clear an AK

How to Load an AK

At this point, if you pulled the trigger, the AK would fire.  Chris is fast to point out that you don’t ever want to just rely on the safety function of the rifle. You need to follow the four rules he laid out earlier in the video. He reiterates that you need to keep the weapon pointed in a safe direction and your finger away from the trigger.

How to Fire an AK

When you are finished shooting, or you are out of ammunition, you will:

Watch it for yourself! 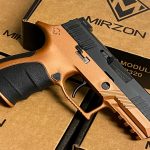 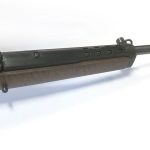