True Velocity has had some major announcements lately. First, it was reported that True Velocity had partnered with Beretta USA for production of the U.S. Army’s NGSW (Next Generation Squad Weapon) and was developing the rifle for international and commercial sale. Now they have announced their NGSW prototype, the RM277, and will be known on the commercial line as the Genesis.

The Genesis is the 6.8mm bullpup based on the RM277 NGSW rifle. While the rifle is not yet commercially available, interested individuals are recommended to sign up “to reserve a place in line” for the launch.

True Velocity began to announce the news on social media, sharing a simple rotating graphic of the ‘Genesis’ and the following short caption:

True Velocity is excited to announce the most advanced rifle ever created, “The Genesis”. To reserve your place in line to order, sign up with your email on our website at tvammo.com. There will be limited production so act quickly. You will be receiving more information soon regarding the commercial version of the Next Generation platform “The Genesis”.

Another video posted by True Velocity gives the first look at the new Genesis rifle. The Genesis rifle has an overall length of 29.125 inches and has a 19-inch barrel. The patented recoil mitigation system is put on display in the video and looks intriguing. 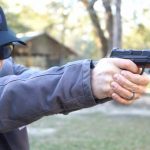 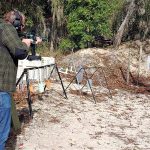