The .22 Long Rifle is a wildly popular cartridge, but is it actually good for anything? Ron Spomer’s response to that question is “Really?” Yes, the .22 Long Rifle fills multiple roles for many shooters and Ron gives us the lowdown in the video below.

If you aren’t familiar with Ron Spomer, let me just say that he knows his stuff. He’s my go-to guy for hunting cartridges. I leaned heavily on him in my recent search for a versatile North American big game cartridge that wouldn’t beat me to death at the range, physically or financially. I eventually chose the .270 Winchester. That may seem ho-hum to some folks, but I concluded that the .270 is popular for a reason.

Anyway, Ron is very knowledgeable, and he makes some excellent points here. The .22 Long Rifle is versatile, inexpensive, available, and more useful than you might think. It will help your training for larger calibers since most platforms have a .22 Long Rifle chambering and you can afford to shoot more.

.22 Long Rifle is the most popular rimfire cartridge out there. But what is a rimfire? Glad you asked. Ron explains that French inventor Louis-Nicolas Flobert created the rimfire in 1845, giving us the world’s first fully encased metallic cartridge. He essentially attached a BB to a musket percussion cap. He called it a “Parlor Gun” and intended it for indoor shooting galleries. A later version was .22 CB, which, combined with Flobert’s first effort, became the 6mm Flobert chambering.

Centerfire cartridges were still years away, so the rimfire was cutting-edge technology. Flobert spun the primer into the cartridge’s external rim. The firing pin could then strike the rim anywhere to ignite the powder.

Smith & Wesson improved Flobert’s design in the 1850s by introducing the .22 Short, the first American-made encased cartridge. Four grains of black powder drove a 29 or 30 grain projectile. The new .22 Short debuted in Smith & Wesson’s first revolver, the Model 1, as a self-defense cartridge.

The .22 Short’s success led to dozens of chamberings, ranging from .22 to above .50 caliber. None could be very powerful because the copper or brass rim had to be soft enough for the firing pin to crush, thus igniting the powder. Higher pressures would blow through that thin metal, sending energy back at the shooter. That’s why rimfires are relatively weak and are now mostly relegated to the .22s and .17s.

Hunting With the .22 Long Rifle

My Dad used to tell me that .22s had taken more game than any other single caliber. He was probably right. The .22 Long Rifle is great for small game, varmints, and even pest control. Ron says “don’t discount the little .22. It can handle the job if you do your job.”

Unfortunately, the .22 Long Rifle and its cousins are effective enough that poachers use them for bigger game like deer. Ron notes that the .22 Long Rifle has also brought down big bears in self-defense situations. He’s even heard of an elephant succumbing to the diminutive round. An African homeowner supposedly shot an elephant in his garden to scare it away. But he hit a major artery and the animal died. Sad story but maybe not as far-fetched as it sounds. But certainly, a lucky shot. Or unlucky, depending on your point of view.

Ron says the .22 Long Rifle is perfect for simulating long-range shooting. Many shooters use the cartridge out to 200 or even 300 yards to practice bullet drop and windage corrections. It’s a great way to learn and practice those skills and you won’t break the bank doing it.

Ron demonstrates by consistently hitting a 10-inch steel plate at 200 yards with just a plain crosshair scope. He just holds over to dial in. Once you master a larger target, go smaller until you’ve got it down. Make it fun by popping balloons or busting water bottles, which looks like a great way to practice that skill.

The .22 also works for perfecting fundamentals. Practice field shooting positions without worrying about recoil or your wallet. While working on that, you can also practice fundamentals like holding your cheek weld and keeping your eyes downrange while cycling the action.

My primary deer rifle is a lever action Marlin 336 in .35 Remington. Great cartridge, but I just can’t afford to shoot it as much as I’d like. After watching Ron’s video, I’ll soon be purchasing a lever action in .22 Long Rifle. I won’t have the recoil, but I can practice everything else that will make me a better field shooter.

Many popular semi-auto pistols have .22 versions for practicing fundamentals, whether they be trigger pull, handling, or whatever. And again, you won’t be sleeping on the couch because you spent too much on ammo.

Who doesn’t enjoy shooting a .22? It’s just fun, especially since you can shoot it a lot. The .22 Long Rifle is as versatile as cartridges come. It’s fun, it can put food on the table, and it can make you better with your centerfire guns, whether rifle or handgun. Seriously, what’s not to like? And it’s a fantastic way to bring new shooters into the fold. Take someone shooting and hand them a .22. I can almost guarantee they will come back for more. And we need a lot more of that.

What do think? Is the .22 Long Rifle cartridge all that? Hit us up in the comments. And as always, happy shooting, y’all. 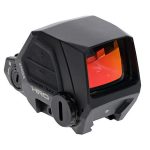 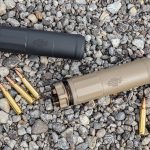