Rock River Arms, a popular Modern Sporting rifle and pistol company, has expanded its offerings to include a premium line of AR-15 style rifles named the Ascendant All-Terrain Hunter series. The Ascendant ATH series includes the LAR-15 components and other features from, what RRA refers to as top-end manufacturers for superior out-of-the-box performance.

The RRA Ascendant All-Terrain Hunter series of rifles will be available in three caliber options: .223 Wylde, .350 Legend, and .450 Bushmaster. Each rifle will be constructed from high-end materials with features that will maximize accuracy and performance levels.

For the Ascendant rifles, RRA chose a high-quality 416R stainless steel barrel with a media-blasted matte finish. Each barrel is cryogenically treated for maximum stability and accuracy when it’s needed most and is capped with an RRA Operator muzzle brake. The .223 Wylde features an 18” fluted barrel while the other two rifles have a 16” barrel.

All models of the Ascendant ATH series are built on forged 7075 T6 aluminum uppers and lowers. Additionally, the rifles include RRA low-profile gas blocks and feature a lightweight 13” RRA M-LOK handguard. Each handguard has an integrated full-length Picatinny top rail, giving plenty of space and options for customization for the shooter.

The All-Terrain Hunter rifles are built with Magpul’s PRS Lite stocks along with the RRA Hogue overmolded pistol grips. With the ambidextrous Radian Raptor charging handle, the rifles can be adjusted to fit the shooter. With length-of-pull and cheek riser adjustments and one of the most ergonomic grips available, the rifles will be comfortable and retainable in any environment.

Inside the rifles, RRA brought in the TriggerTech’s precision Diamond Single-Stage AR-15 cartridge trigger. It reportedly has a zero-creep and extremely short overtravel that significantly reduces shooter-induced shot issues. In addition to other adjustable features, the trigger is can be adjusted between 1.5- to 4-pound pull weight.

To top off the ATH series, each rifle comes with one of two Vortex optics, either the Viper HS 4-16x44mm or the Strike Eagle 1-6x24mm. Both options are mounting with RRA’s Hi-Rise Cantilever scope mount with 30mm rings. The scope mount is a sturdy one-piece clamping bar that provides a solid mount to the Picatinny rail. 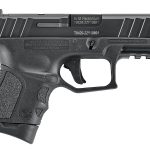 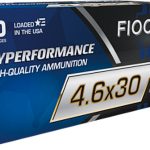