American Defense Manufacturing came out to play this Shot Show with many new products. The company is known for its firearms as well as its simple but high-quality scope rings. ADM gives precision shooters what they need and this year is no different. From their titanium scope mount levers to their Delta Series which includes a rotatable red dot mount on top of the scope, ADM is showing that innovation is a big part of the company.

Lightweight is the name of the game these days in both hunting and precision rifle matches. American Defense Manufacturing took note of that and made a titanium scope mount lever. These levers can easily be switched out from your standard levers, therefore only the levers need to be purchased, not the whole scope mount.

The titanium lever assembly is currently retailing for $59.00 on admmfg.com.

Another added option to their lever lines is the beefed-up version of their scope mount levers. Both the paddle and the unlocking button are larger and thicker. The paddle also has added ridges for grip. This will aid in unlocking the levers when removing the scope as many will lock their scopes down tight to the Picatinny rail, making it hard to release them.

ADM has tapped into the direct mounting of red dots to their scope rings with the Delta Series. Mounting red dots on top of scopes are a lot of shooters’ preference with both a low and high-powered scope. On a low-powered scope, having a red dot can mean that the shooter can easily switch to using the dot for close engagements, and back to the scope for further. The dot on a scope ring on a high power scope can aid in finding the target and lining it up with the dot, and then going back down to the scope with the scope already on target.

Many of the rings with direct mount red dot options will fit 30-34mm tubes. There will also be two different height mounts for red dots to ensure that the shooter can see the dot over taller turrets. The coolest thing though? They made rotatable scope rings for the red dot. Meaning, if you don’t like a 45-degree mount, or a 90, or a 130-degree, that doesn’t matter because now you can rotate the dot to any degree of your choosing due to the mount rotating on the tube.

This is still a newer product so stay tuned on ship dates and pricing. 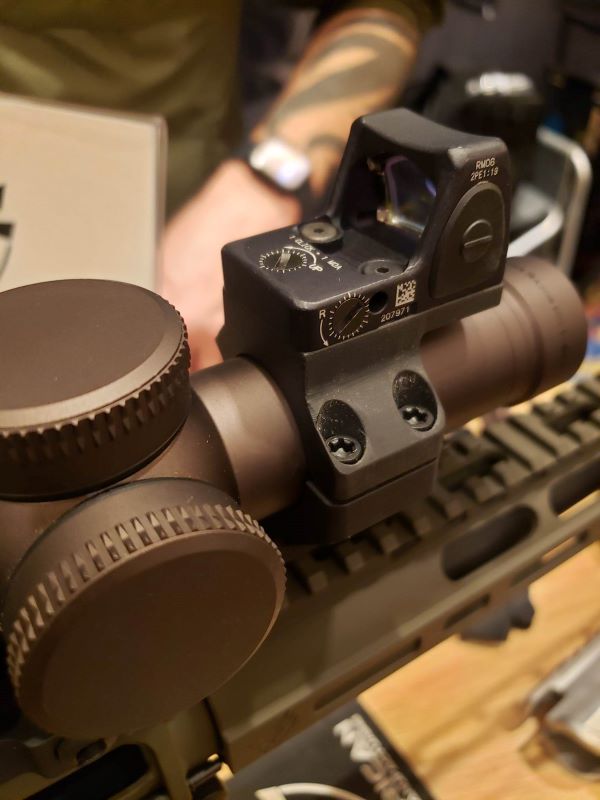 A direct mount scope ring allows the red dot to sit low and close to the scope. If extra height is needed for larger turret scopes, ADM has a taller ring mount as well.

A red dot mount that is sky-high has its advantages. One, the ability to now machine a hole to see through the mount to the front iron sight. ADM did that. With their new red dot mount, ADM played with three different hole sizes to see which one is the most efficient when bringing your eye from the dot down to the iron sight. With this hole being placed directly under the dot, the user has the ability to use the iron sights in case their red dot fails during engagements.

The height of the machined hole is in line with Magpul Pro Back Up Iron Sights.

This is also a new product so stay tuned for further details. 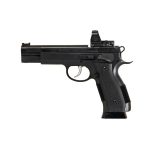 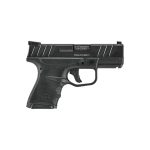